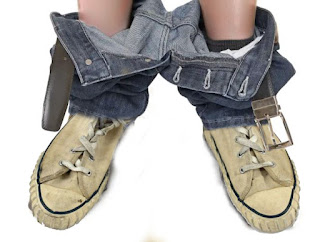 As for the boy, he’s full-grown now and almost free from shame. And just because we’re friends, I’ll let you in on a secret. I’m the boy who lost his head and his pants and the redheaded girl who got away.
Posted by Allen Johnson at 8:47 AM