I will stand for and support goodness and grace

There comes a time when enough is enough, when being silent for the sake of political decorum is no longer acceptable. Today, I am reminded of the stirring words of Martin Luther King, Jr. who said, “The ultimate tragedy is not the oppression and cruelty by the bad people but the silence over that by the good people.” I am not going to be silent anymore. 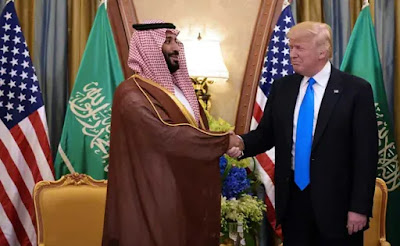 I’ll let you connect the dots.

I have had enough. As an American but, more importantly, as an admittedly imperfect human being striving to be principle-centered, I am not willing to sell my soul to a president (or anyone else) who will toady to a cruel and ruthless totalitarian dictator assassin for the sake of dollars.

I know that I cannot dissuade the Trump true believers who are seduced more by emotional fear mongering than reality; they have to live with their own choices. As for me, I will no longer be silent. I will stand for reason and moral integrity, and I will support reasonable and moral spokespeople, regardless of their political party, for no single party has a monopoly on virtue. In short, I will stand for and support goodness and grace.
Posted by Allen Johnson at 1:42 PM No comments:

Recently, I cringed when reading a friend’s Facebook entry that struck me as crude and ineffectual. I won’t quote the post verbatim. Let’s just say it was a vulgar quip about an indiscreet body part of President Trump.
I did not respond to the Facebook post, but I did email my friend, who I will call Blanche.
I first admitted that I was not a Trump supporter. In fact, I characterize the president as self-serving and morally vacuous. With that as background, I stressed that my challenge was to fight for right in a way that was rational and noncombative—no easy task for me.
“There was one thing that I knew for sure,” I explained to Blanche. “Though tempting, flinging insults is not the answer. It will not budge true believers; in fact, it will only toughen their resolve. When attacked, true believers will predictably double down. Understand, people in pain will cling to anything to survive. For some, it’s alcohol, for some religion. For still others, it’s a political savior. Assaulting their refuge, their safe haven is doomed for failure. 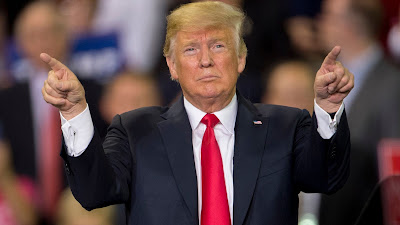 “True believers are guided more by emotion than reason, by the gnawing angst in their guts. That is why reason must always be constructed to ease the pain. When reason ignores the pain, the State risks dissolving into a heap of lies and propaganda, which is the foundation for fascism.
“We are not there yet. Although we are being tested, our nation is still a country of justice and reason. Proud new voices— women, minorities, immigrants, and young people—are rising up and pledging their allegiance to diversity and a healthy planet.
“I still have faith in America. I believe that every venerable champion of reason, every youthful voice for equality will—voice by voice, truth by truth—beat down the bastions of greed, racism, and, most importantly, internal pain.”
That was my message to Blanche, who replied within minutes.
“Allen, I really appreciate your comments, and, of course, you are right. Sometimes, when I become angry and frustrated, I loosen the ties of my discerning, discriminating mind, and my impulse control slips. My heroes have always been people of peace and goodwill, those who fight against injustice and social inequity. It is clear that I don’t always follow their examples. However, life is a process of learning and growth.
“Please continue your wise and wonderful ways. I am sincere when I say it is a privilege to know you, and I thank you for your comments.”
There you have it. Although I blush by her characterization of my “wise and wonderful ways,” I do think it demonstrates that reasonable people can have a positive influence on each other—at least upon those who are still searching for truth.


Let’s make discerning reason a matter of routine—no, a sacred tradition.
Posted by Allen Johnson at 1:19 PM No comments:

Love is Sustained by the Melding of Passion, Intimacy, and Commitment

On Christmas Eve, 2018, my wife, Nita, and I celebrated our fiftieth wedding anniversary. That milestone has me thinking about the nature of love.
In the beginning, our love was consumed by passion: a physical arousal that was so irresistible that I can still feel her slender body pressed against mine on the stairwell that led to her apartment. Although purely innocent (I think), she beguiled me like a puppy conditioned by treats for good behavior. At the time, I called it love although I hardly knew the meaning of the word.
Eventually, passion was joined by intimacy: a feeling of closeness, understanding, and support for each other’s dreams. 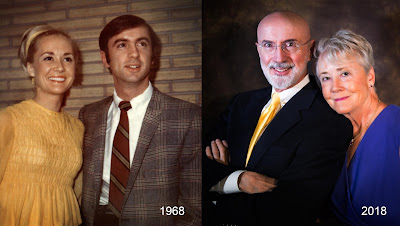 In 1991, I bought a new hunter-green Corvette with saddle leather interior. I called it “Blaze.” Physical arousal was not induced when I was cradled behind the wheel, but it came close. Meanwhile, Nita yearned to leave her lucrative administrative position and return to classroom teaching. Even with my salary, our budget would be strained. The solution was easy: I would sell the Corvette. Although Blaze could catapult me from 0-60 in 5.5 seconds, it was not fast enough to overtake my wife’s dreams.
Stage three of our love affair was commitment: a covenant to nurture and protect our love for all time. When I was standing in the stairwell with my sweetheart in my arms, I could not imagine a greater love. I was wrong. True love expands.
Today, our friends know that Nita has Parkinson’s disease. However, they may not know the consequences of the disease. Every day, Nita comes to me for help, always unassuming, unembarrassed, as if she were asking for the time of day. Would I help her button her dress? Open a stubborn jar?  Slice a fresh tomato? Naturally, I’m happy to help her with those tasks, even with the knowledge that her skills will diminish in time. But here’s the miracle. I do not love her any less; I love her all the more.
How can that be?
I think it has to do with the flow and fusion of passion, intimacy, and commitment. I am still aroused by her beauty, both physical and spiritual, still moved by the intimacy of her vulnerability, still thrilled by her commitment to our marriage, even with all my befuddling flaws.
But there is something else. Nita has always been a powerful, independent woman: gentle enough to revive a wilting houseplant yet strong enough to discern and heal a tormented relationship. And now, this dynamic woman is asking for my help . . . my help.


Frankly, I think she is still beguiling me, the vixen. I suspect she knows that with every call for help, I am enriched, even exalted. She has sustained me for fifty years. Now she is inviting me to sustain her and, consequently, fill my heart with the joy of serving my true love. Thank you, my sweet, sweet Nita.
Posted by Allen Johnson at 1:12 PM No comments: