Tony Marco is a present-day white surgeon, musician, and Special Forces veteran. He appeared to lead a perfect life with one exception: the inability to be at ease with any beautiful woman. Then he is mysteriously seduced by Athena Cruz, an extraordinary black musician from another time—a woman who is stunning, powerful, independent, and in mortal danger. Marco and Cruz share a common nemesis, Cal Craven, a jazz-club owner who will stop at nothing to destroy his challengers and feed his manic obsessions for respect and revenge.

In the novel, the protagonist Tony Marco composes and performs a song that he entitles "Athena's Song." The actual composer was the author, Allen Johnson. Below is Allen's performance of the song, followed by his score. 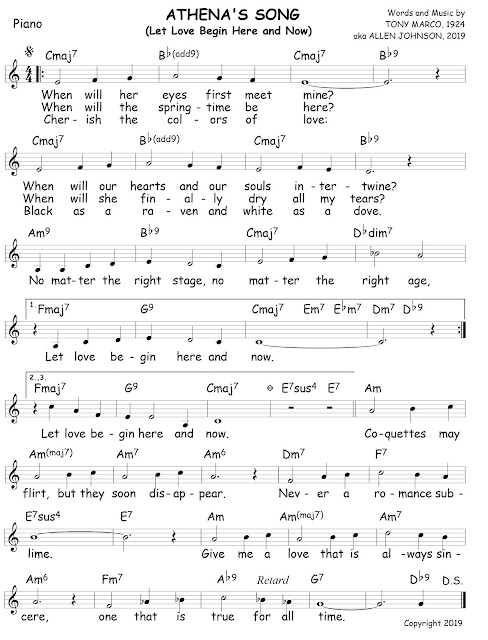